Having trouble finding us? Well, that would make sense. Space is really big. Take a look at our handy tour guide to navigate your way through the stars and to our out-of-this-world milkshake bar. 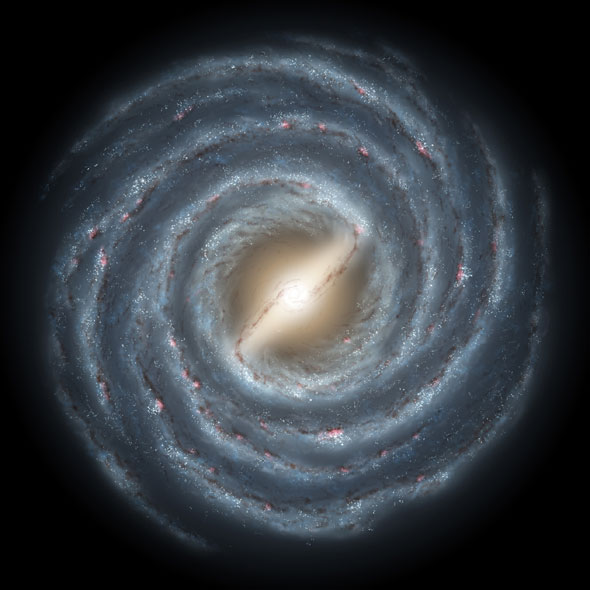 Keep your eye(s) peeled for an amazing galaxy called the Milky Way! In the arm of this galaxy known as the "Orion Arm" lies a solar system simply called "The Solar System" by its native life (they aren't very creative). The inhabitants of this system live on the third planet from their sun, known simply as "The Sun" (again, not very creative). Milkyway Milkshakes, which has the best milkshakes in the galaxy, is located near the sixth planet from The Sun, known as Saturn. Our Milkshake Station's orbit and equipment keep us a perfect thirty degrees from the location of the star Spica, or Alpha Virginis, when measured in line with Saturn, forming a 30-60-90 triangle. The reason we map ourselves according to the position of this star is that it is the favorite of our founder! Spica is located about 260.9 light years from the inhabited planet Earth, or 240 to 260 light years from The Sun.